Mamburao was originally settled by the Moro people and was one of their strongholds in the island of Mindoro. The settlement was the first one in Mindoro to be plundered by the Spaniards. Hearing that its a rich town, the Spanish and their Pintado allies attacked and capture the population. The wealthy among their captives was then allowed to ransom themselves free. By use of their superior weapons and knowledge of war strategies used in their just concluded Reconquista, they utilise this method all around the islands, by this the Spanish earned their gold.

In January 1, 1560, wanting more, Miguel López de Legazpi sent a fleet of 15 boats from Panay which was led by his grandson Juan de Salcedo to conquer the Moro town. Another expedition was sent to Mamburao, led by Salcedo and Martin de Goiti with the intent of establishing Spanish presence in Mindoro.[4]

Catholicism was propagated in Mamburao and the town was placed under the third convent district based in Cavite. Mamburao was subjected to attack by the Mindanao Moro, guided by its former Mamburao inhabitants who want to claim their lands and prosperous life there between the 17th and 18th centuries. Mamburao, supported by its population was even made into a sea haven by the Moros, who used it as base of their sea attacks against Friar induced settlements on coastal towns in Mindoro, Luzon and Visayas.

In the late 19th century, encouraged by Spanish authorities on promising them of rich lands to till, with weapons but in exchange of working as its ready foot soldiers on quick notice, Mamburao then saw an influx of Ilocano and Tagalog immigrants.[4]

Near the end of the Spanish colonial period in the Philippines, the settlement of Sablayan was incorporated to Mamburao as a barrio. In 1905 Paluan and Abra de Ilogwas likewise incorporated under Act 1280. Abra de Ilog, Paluan and Sablayan were later carved out from Mamburao as separate municipalities. Another barrio of Mamburao, Santa Cruz, was also made into a separate municipality.[4]

Mamburao is politically subdivided into 15 barangays.[2] The eight (8) barangays are found in the population created under P.D. 86 and the seven (7) are outside the poblacion area.

Tricycles are a common mode of transportation in Mamburao. Vans, jeepneys, and buses are also available and are means of traveling to other parts of the island of Mindoro such as the port of Abra de Ilog and the southern municipality of San Jose. Mamburao Airport serves chartered flights although Philippine Airlines used to schedule regular flights at the airport. 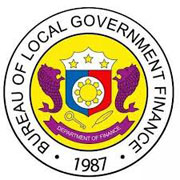